“So, what should I want?” – the allure of asking that question is truly irresistible when dealing with somebody who – presumably – knows more than you do about a particular subject. Lately, I experienced its force first hand when dealing with various contractors on swimming pool, flooring, A/C, remodeling – all new to me due to purchase of our first house. These insane words just roll off your tongue after a contractor explains 57 floor board options or 4 types of swimming pool heaters.

In light of this, I am not shocked when a SIEM prospect asks that question of a vendor sales guy or – slightly better – a field engineer. Have you ever caught yourself asking  questions like:

That stuff happens out there every day! Despite all the evangelizing about “business requirements”, “use cases”, “focus on problems solved” and other words and phrases of wisdom, a lot of SIEM is purchased as described above.

Dear vendor, tell me what should I want?!

And you know what? If your organization is truly committed to the cause of furthering world’s idiocy, that may work! Asking the vendor is BETTER than just choosing at random (as I discovered with some of my house-related chores). Yes, on average, you’d get suggestions towards more expensive stuff (surprise!!), but vendor research + vendor opinion (IMHO) are better than no research + random choice.

And of course! The above point about that working (occasionally, somewhat…) does NOT remove the simple fact that:

THE RIGHT WAY TO PROCURE A SIEM IS STILL …

… THINKING ABOUT YOUR REQUIREMENTS AND THEN YOUR USE CASES. And then choosing a product.

Still, evil allure of “please tell me what I want?” is very hard to resist when looking for SIEM and log management tools.

BTW, On Choosing SIEM  has the “less wrong” way described in more details.

FYI, Security Scoreboard aka “Yelp for Security Products” comes up with an update which makes it even more useful!

The following is reposted from their news blast:

Real-time Vendor News and Reviews - Vendor pages now feature real time news and analysis pulled from select credible sources. Security Scoreboard filters and sorts these results to bring you the most relevant links for each company.

User Link Submission - Users can now submit their own links to relevant online sources for inclusion in vendor listings.

Comment Section - Visitors can now leave comments on any listing without filling out a review.

Sadly, there are still a few mistakes. For example, check out their SIEM listings: which ONE company has absolutely nothing to do with SIEM there?

I always recommend starting your security product research there, if you don’t know where to start. 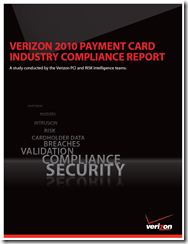 LogChat Podcast is back - and now on iTunes as well! Everybody knows that all this world needs is a podcast devoted to logs, logging and log management (as well as SIEM, incident response and other closely related subjects).
And now you have it AGAIN with edition #2 - through the sheer combined genius of Andrew Hay and myself, Anton Chuvakin.
Administrative items first:
And now, in all its glory - the podcast: link to #2 MP3 is here [MP3], RSS feed is here - it is also on iTunes now. Enjoy THE LogChat!

Note: this was written as a guest post for Branden Williams blog (my co-author for the “PCI Compliance” book) – it is reposted here for posterity.

People who came to PCI DSS assessments and related services (such as compliance gap analysis and even implementation of PCI controls) from doing pure information security often view PCI scope reduction as “a cheap trick” aimed at making PCI DSS compliance undeservedly easier. They only think of scope reduction as of limiting the area where PCI DSS security controls apply - with negligence, supposedly, reigning supreme outside of that sacred area.

However, PCI DSS scope shrink is not just a cop out aimed at not protecting the data. It is not just “PCI project cost reduction” measure. Some half-witted analysts propagate this view by saying things like “by reducing the scope, these enterprises can dramatically lower the cost and anxiety of PCI DSS compliance and significantly increase the chance of audit success” [eh… for starters, PCI on-site assessment is not an audit, stop calling it that!] Well, you will get that – but it is not the point of scope reduction at all.

In reality, efforts to reduce the area of PCI DSS applicability – scope reduction – are one of the most effective ways to reduce the risk of cardholder data theft.

Like we say in our PCI book (Chapter 5, “Protecting Cardholder Data”):


“Before we even start our discussion of data protection methods, we need to remind you that “the only good data is dead data.” Humor aside, dropping, deleting, not storing and otherwise not touching the data is the best single trick to make your PCI DSS compliance easier as well as to make the transaction less risky, reduce your liability, chance of fines and breach notification losses.”

If you’d like, think of scope reduction as one of the manifestation of the “least privilege” principle – or least data needed to do business principle. You stop the spread of card data and thus become a more compact, harder to hit target.

Along the same line, tokenization, data vaults, virtual terminals, hashing, network segmentation, transient PAN storage all reduce scope and reduce risk – at the same time. These are the things that make PCI compliance easier WHILE reducing the risk of damaging compromise. So, reduce scope by changing business process – it will bring more security benefits than THAT FIREWALL you deploy.

And remember that fable about somebody asking a QSA firm that was planning to accept payment cards as payment for PI assessments (oh irony!) – how would they do it?: “What?! Of course we’d outsource it! We won’t touch that toxic [card data] shit”
at 10:10 AM

Blogs are "stateless" and people often pay attention only to what they see today. Thus a lot of useful security reading material gets lost.  These monthly round-ups is my way of reminding people about interesting blog content. If you are “too busy to read the blogs,” at least read these.

So, here is my next monthly "Security Warrior" blog round-up of top 5 popular posts/topics this month.

Also, below I am thanking my top 3 referrers this month (those who are people, not organizations). So, thanks a lot to the following people whose blogs sent the most visitors to my blog: