First, if you want to impress friends with your future-seeing powers, just do what Richard Feynman did when he predicted some WWII events: predict “everything will stay the same.” It is known to typically score better than any more “smarty-pants” ways of seeing the future. Granted, you’d be wrong in many cases, but other methods just make you wrong in MORE cases :-) 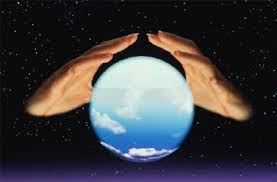 But how fun is that? What is the value of such passive “predicteering”, apart from winning bets? No new insight will be produced, no new thoughts, no new strategy, etc. I will not follow that approach!

In any case, let’s start from my traditional del.ici.us annual security prediction tracker: http://delicious.com/anton18/security+predictions+2010. There I log what everybody else has been predicting, from fairly insightful to downright dumb and biased. Also, right before preparing the 2010 version, I reviewed my 2008 security predictions and then I realized that I never posted the 2009 version. Shame on me!
The main theme of my 2010 predictions is “nearing the thresholds.”  These thresholds are in many dimensions: interest in information security, security awareness across organizations (mostly due to PCI DSS) as well as threshold of the offensive side lead (offense’s lead cannot grow indefinitely, ya know).
Next, let’s go by themes!

Compliance: as many other observers (Joshua at 451 Group comes to mind) noted, many of the security activities in 2010 will be defined by regulatory mandates such as PCI DSS, HIPAA/HITECH and others.  This will be the case from the smallest (larger extent) to the largest (smaller extent of compliance influence) organizations. I’d love to predict that people will finally get the spirit of PCI DSS (data security) and not just the letter (assessment readiness), but it is a tall one to forecast.
So, PCI DSS will continue its march. In fact, I bet (like I did in 2008) PCI DSS frenzy will further spread down-market - there is so much more Level 3s and Level 4s compared to Level 1 merchants. Now they all take payment cards, they are all insecure - thus, they might all be 0wned! BTW, nowadays nobody is predicting that PCI momentum will fizzle, as some did in 2007-2008.  While some people criticize it for specific requirements or missing things here and there, I still swear that those organizations who paid NO attention to security now do it ONLY because of PCI.
On the other hand, just as it was in 2008, ISO17799 (and its 2700x children), ITIL, COBIT frameworks likely won't be 'hot,' at least not in the US. Ad hoc approach (with some use of ideas from the above frameworks) to security management will still rule. In fact, more will try to base their entire security program on PCI DSS.
All this “comply-mancing” will bring both good and bad, as far as those organization’s ability to defend themselves from “bad shit” is concerned. And while we are on the subject… 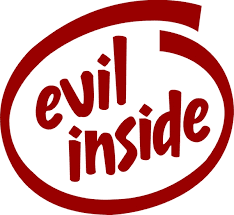 Bad shit: what we have here is an intersection of two opposite trends: rampant, professional cybercrime and low occurrence of card fraud (as a percentage of card transaction volume). I explain this conundrum by predicting a scary picture of huge criminal opportunity, which still exists unchanged.
So, there will be more of rampant, professional cybercrime: from RBN to its descendants, from individual criminal entrepreneurs to emerging criminal enterprises, all signs point to dramatic rise of cybercrime. This is not some kinda FUD – this is simply logical consequence of today’s situation with the use of information systems: Insecure computers + lots of money + no punishment = go do it! (in the past, I made fun of people who predicted that “hackers will hack” – this item is different)
Still, I predict that low card fraud rates will continue: despite the above crime picture, many in the payment security industry know that fraud as a percentage of transaction volume is relatively low (I’ve seen estimates from 1% to 5% - in dollar volume this is till huge, by the way). Why is that? I explain it by the fact that criminal enterprises have limited bandwidth -you simply cannot pump ten billion dollars through a garage-style operation. My guess is that most if not all credit card numbers in circulation have already been stolen; the bad guys just didn’t have a chance to monetize most of them due to their limited bandwidth. This is exactly why selling card dumps is seen as a better [criminal] business than actually using stolen cards to buy goods – a counter-intuitive situation to many outside the industry.
In other words, there has not been a better time to go into a cybercrime business. The strategy is pretty much the “blue ocean” one: a lot of unexplored opportunity with low barrier to entry. You don’t want to wait until emerging “market leaders” will run the black business. Today, those folks have a unique opportunity to focus on “easy AND rich targets”, not “easy OR rich targets.” The best analogy is robbing a large bank with no security instead of large bank with security or small bank with no reliable security. 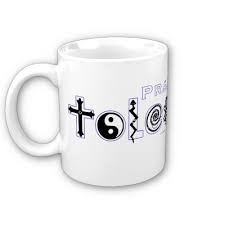 Intrusion tolerance is another trend (and its continues existence is in fact my prediction for 2010) which helps the “bad guys”: it is highly likely that most organizations have bots on their networks. What are they doing about it? Nothing much that actually helps. It is too hard; and many businesses just aren’t equipped – both skill-wise and technology wise – to combat a well-managed criminal operation which also happens to not be very disruptive to the operation of their own business. Your systems run OK and bots don’t bother you, what’s 5% of CPU and 10% of bandwidth between friends for sending penis enlargement spam? This view is admittedly cynical, but fairly realistic and results in a weird symbiosis that I call “intrusion tolerance.”
BTW, the Heartland guy said (http://www.govinfosecurity.com/articles.php?art_id=1774&rf=091509eg) “a breach is usually detected when the processing payer is notified of fraudulent use of cards.” This simply negates the existence of the entire security industry! Why is that? ‘Cause it is not doing enough to stop the tide. For example, it was very insightful to learn  that it took us on average 30 days in 2004 to patch a vulnerability, while in 2009 is takes 29 (!) days. See a huge improvement in security management practices here? 2010 will not change this trend: more bugs (such as all the Adobe stuff) moved the stats back to the Stone Age even as we improved our handling of platform patches.
Still, I doubt that “fully automated crime”, predicted back in the 90s by Donn Parker is fully possible today. If it were, the fraud rates and losses will probably grow – yes, you guessed right! – exponentially. So, I vote “no”, at least not in 2010. If that happens, the threshold will surely be crossed… 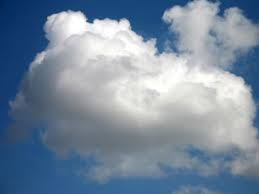 Cloud security: I predict much more noise and a bit more clarity (due to CSA work) in regards to information security requirements as more and more IT migrates to the cloud. The Holy Grail of “cloud security” – a credible cloud provider assessment guide/checklist – will emerge during 2010.

Finally, I am going to drag some of the 2008 predictions which are still valid and dust them off for 2010:

Platform security: just like Vista didn’t in 2007, Windows 7 won’t “make us secure.” The volume of W7 hacking  will increase as the year progresses.  Also, in 2008, I predicted an increase in Mac hacking. I’d like to repeat it as there is still room there :-)
And, only the truly lazy won’t predict more web application attacks. Of course! It is a true no-brainer, if there ever were one. Web application hacking is “a remote network service overflow” of the 2000s….

Incidents: just like in 2008, I predict no major utility/SCADA intrusion and thus no true “cyber-terrorism”  (not yet). Everybody predicts this one forever (as Rich mentions), but I am guessing we would need to wait at least few years for this one (see my upcoming predictions for 2020!) Sure, it makes for interesting thinking about why it did not happen; surely there is a massive fun factor in sending some sewage towards your enemies.  I'm happy to be correct here and have no such incidents happen, but I was predicting that something major and world changing would NOT happen so Feynman paradox is on my side.
A massive data theft to dwarf Heartland will probably be on the books. And it will include not some silly credit card number (really, who cares? :-)), but full identity - SSN and all.

Malware: sorry guys, but this year won’t be the Year of Mobile Malware either. As I discussed here, mobile malware is "a good idea" (for attackers) provided there is something valuable to steal – but it is just not the case yet in the US. There will be more PoC malware for iPhone, BlackBerry, maybe the Droid, but there will be no rampage. On the fun side, maybe we will finally see that Facebook malware/malicious application (that I predicted and consequently missed in 2008). This one will be fun to watch (others agree), and current malware defenses will definitely not stop this "bad boy," at least not before it does damage.

Risk management: more confusion. Enough said. In 2008, I said “Will we know what risk management actually is in the context of IT security? No!” It sounds like we know no more now. 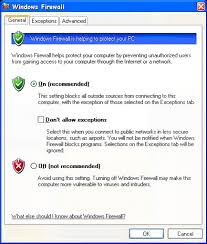 Various security technologies (refreshed from 2008):
Overall, we will be approaching those thresholds – with unpredictable and interesting events likely during the course of the year!
Decade predictions will follow next!!! Go “security 2020”!
Possibly related posts: